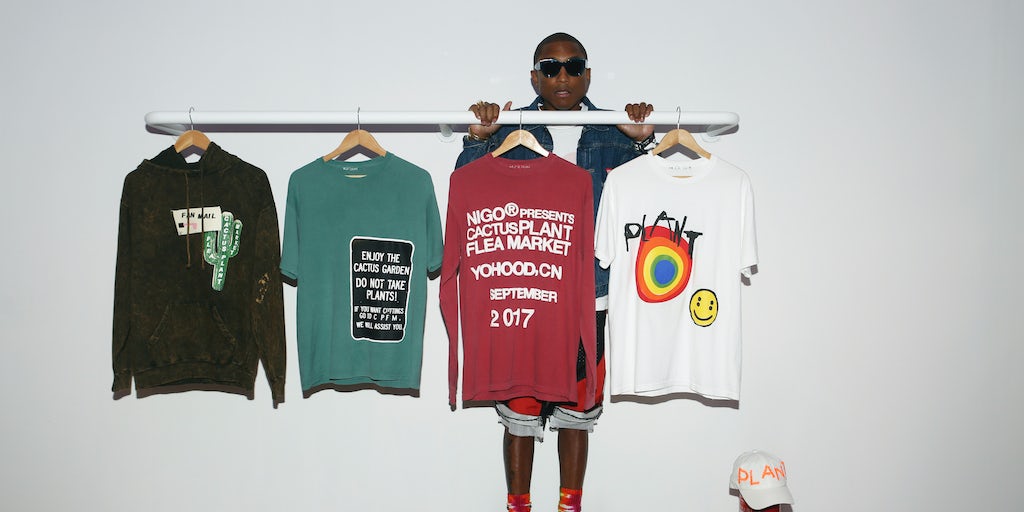 Our first brand was established in 2012 by Masayuki Ino. Since then, the Japanese brand doublet has picked up a whole lot of speed, especially over the last year. Looking to Jun Takahashi of UNDERCOVER for inspiration, doublet’s pieces employ innovative techniques and unorthodox graphics, appropriating material to create pieces that are visually pleasing while leaving you asking “how did they even think of that?”

If you still don’t know about Stüssy, you need some new friends. The International Stussy Tribe, IST, or to most people just Stüssy was founded in the early 1980s by former skater Shawn Stussy. Tired of the dominating hip hop scene at the time – kids wearing Jordan gear head–to–toe, Shawn wanted to create something for the skate, surf and thrash kids to call their own. Fast forward thirty–plus years and Stüssy is still a staple. They have begun to look back to their original designs for inspiration in recent collections which I’m sure is welcomed by both fans young and old. In the words of an old Stüssy ad, “in this great future…you can’t forget your past.”

The brainchild of longtime Nigo collaborator Jun Takahashi, UNDERCOVERepitomises the essence of “Japanese cool”, producing finely crafted pieces that draw influence from punk and street fashion. Takahashi was heavily influenced by British Punk rock band The Sex Pistols, more specifically lead singer Johnny Rotten, who he was told he resembled. The brand was established in 1993 when Takahashi and Nigo opened up the store NOWHERE in the Tokyo district of Harajuku. Both Nowhere and UNDERCOVER took off and his work was soon at the epicenter of the fashion scene during the Ura-Harajuku Movement in the ’90s. By Takahashi’s own definition, UNDERCOVER is “strange, but beautiful.”

Tremaine Emory and Acyde are the minds behind No Vacancy Inn. Having initially met at a party a few years back, they’ve since become the guys-to-know when it comes to parties and fashion. Both boast reputable backgrounds in fashion and have worked on projects with the likes of Converse, Tom Sachs, A$AP Mob and Kanye West. Putting brand connections and famous friends aside, what truly defines the two is their amazing lack of ego and their unceasing faith in the next generation.

Sean Pablo is the 19 year old Supreme-affiliated skater and designer of graphic-based clothing label, PARADIS3. Mixing a range of religious iconography and undeniable skate flair, the brand has generated a significant buzz due to Pablo’s clout in the skateboarding world. Just another example which goes to show the tendency for Supreme-affiliation to inspire.

NOHANT is a unisex ready-to-wear label based in Seoul and founded with a fundamental premise – create a collection of iconic essentials that both men and women would want to wear everyday, with a focus on distinctive design, enduring style and uncompromising quality. They make some sweet tees too.

You know the whole high street metal tee phase thing? Step in Teejerker. This guy is the real deal. How, I hear you ask? The vintage band tee collector’s tees are all unique and original; sweat marks, rips, blood stains and all. Teejerker and his tees are the authentic version of the often confusing high-street trend.

Tips How Your T-Shirts Should Fit

You may have missed

Slow fashion is easier for a minimalist…

Boot Trends You Need to Know | The Shoe Diary

Boiler service: in praise of the sustainable jumpsuit